When your team arrives at the arena for their first game, they should check-in in the lobby. At that point, they will be given their teamâ€™s swag.

All games will be played with 2 teams in each ice slot.  EACH team will split their team as follows:

Initiation will play Cross Ice.  Novice will play Half Ice. 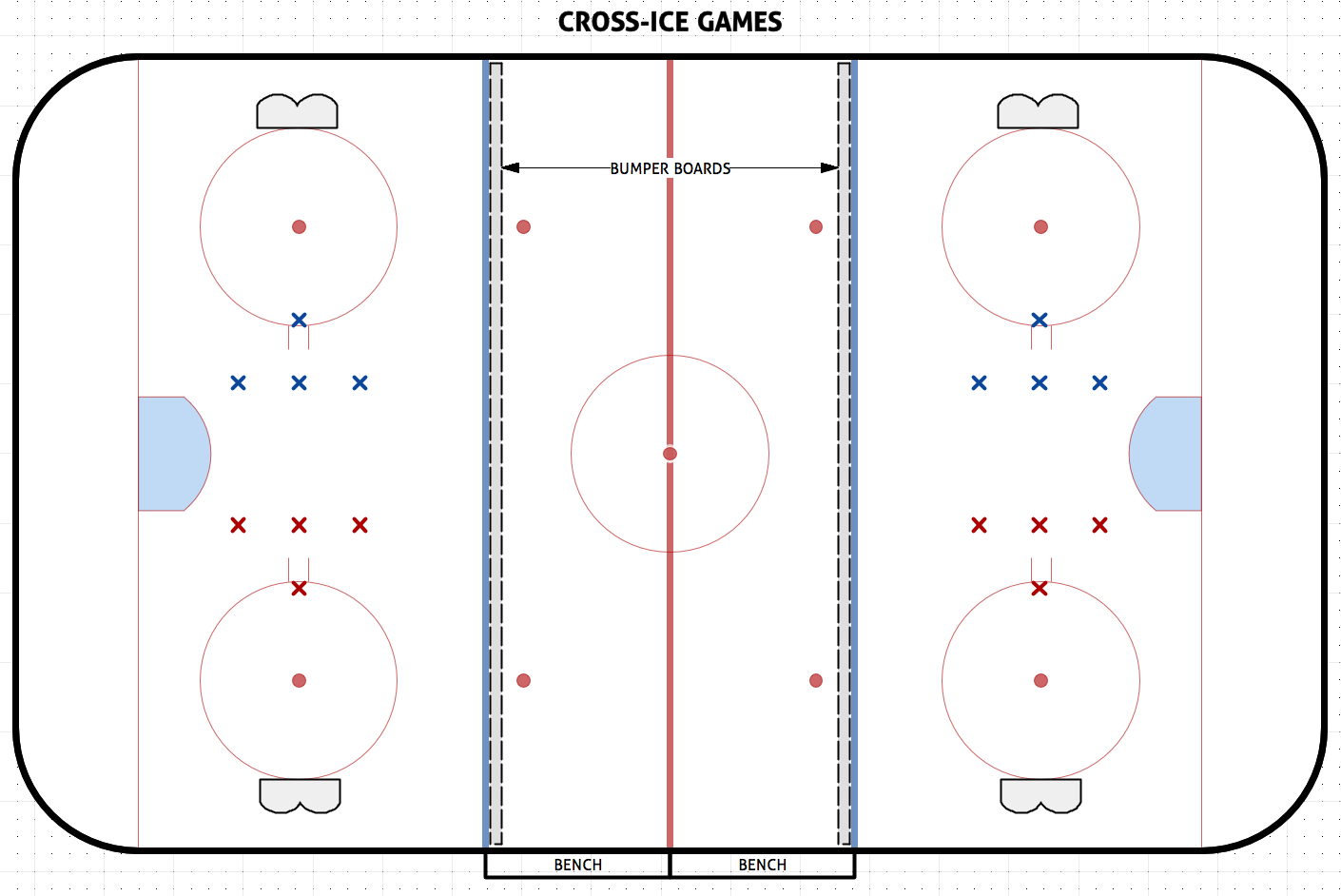 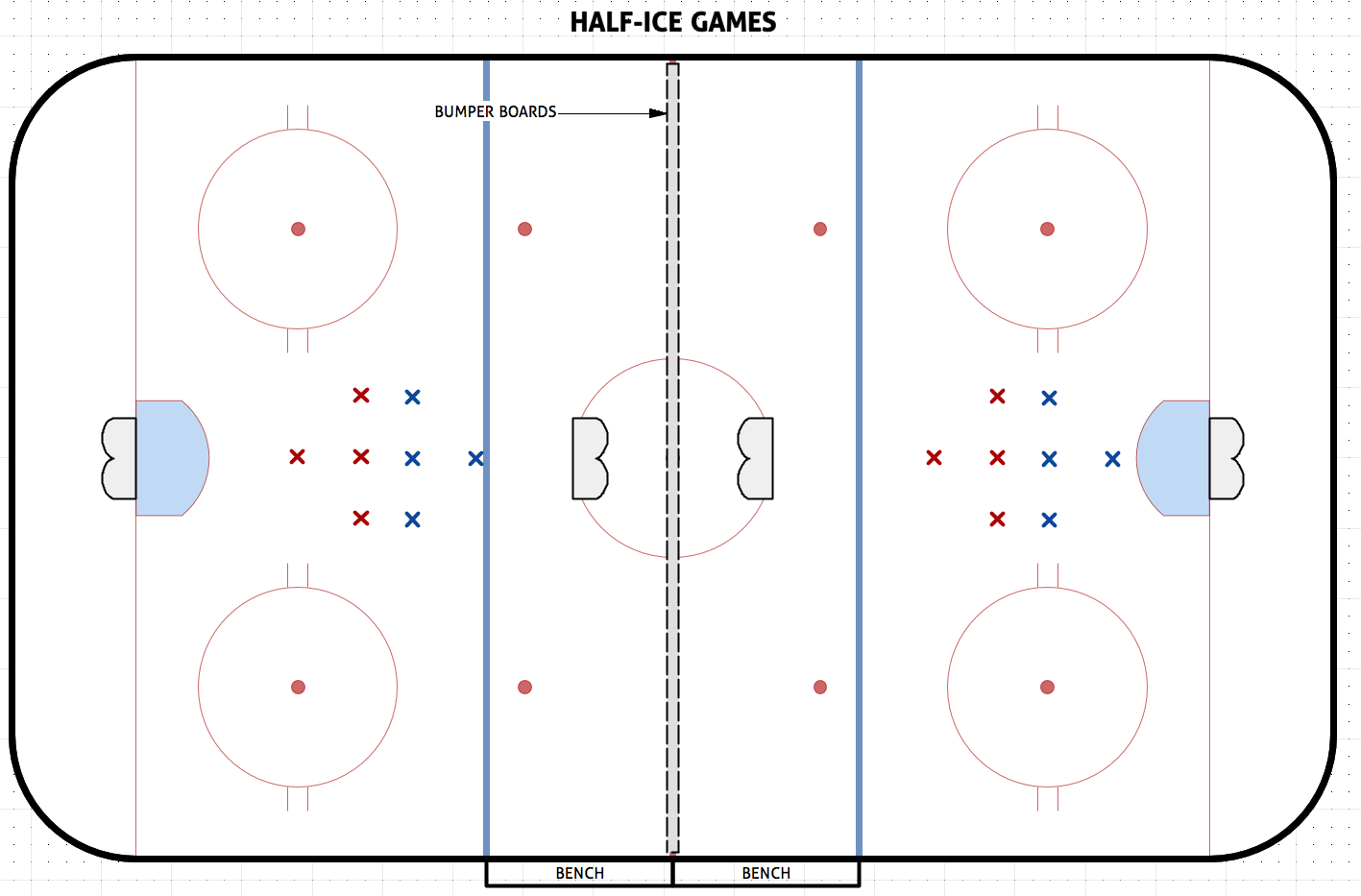 Ice times are 55 minutes long* and will be broken down as such:

*There is 1 minute that is unaccounted for in each slot.  This is to allow us to get back on track should there be delays.

The buzzer will sound every 2 minutes during game play, and teams will change lines at that point.

Following the handshake, if there is an ice-clean, the coaches leaving the ice are expected to help remove the dividers to facilitate a quick turn-around for the next teams.

The bumper boards will be stacked neatly along the boards on alternating sides of the ice during ice-cleans.  The zamboni driver will work around them.

The rope can be placed on the bench while the zamboni completes its run.

It is the coach's responsibility from both teams to help tear them down so the schedule stays tight.

As per BC Hockey IP Program rules, there will be one referee at each end in Novice games. For Initiation games, teams will need to have at least one coach on the ice in each end. Following the handshake, if there is an ice-clean, the coaches leaving the ice are expected to help remove the dividers to facilitate a quick turn-around for the next teams. There will be a referee at end of the ice for each ice time.  The referees will be doing puck drops on goals and on line changes.  When the goalie covers the puck, the referee will instruct the opposing team to move back to their end of the ice.  This will speed up the game play.

Manage your identity from the palm of your hand to the top of your desk.